Data analysis by CREA finds that South Africa’s national utility Eskom has become the largest emitter of health-harming sulfur dioxide in the world, surpassing the entire power sector emissions of any country in the world, except for India.

These emissions contribute to high levels of ambient air pollution and to air pollution-related deaths in South Africa, responsible for approximately 2,200 deaths annually according to a study by air pollution expert Mike Holland. Most of these deaths are due to SO2 emissions, which form deadly PM2.5 particles once released into the air.

As most other regions with large power sector air pollutant emissions have made rapid progress in reducing emissions, Eskom has been stuck in place, lobbying against even the most rudimentary requirements to curb its SO2 pollution.

As a result, the company has now become the worst SO2 emitting power company in the world. Eskom also emits more SO2 than the entire power sector of the EU and US, or the US and China, combined. 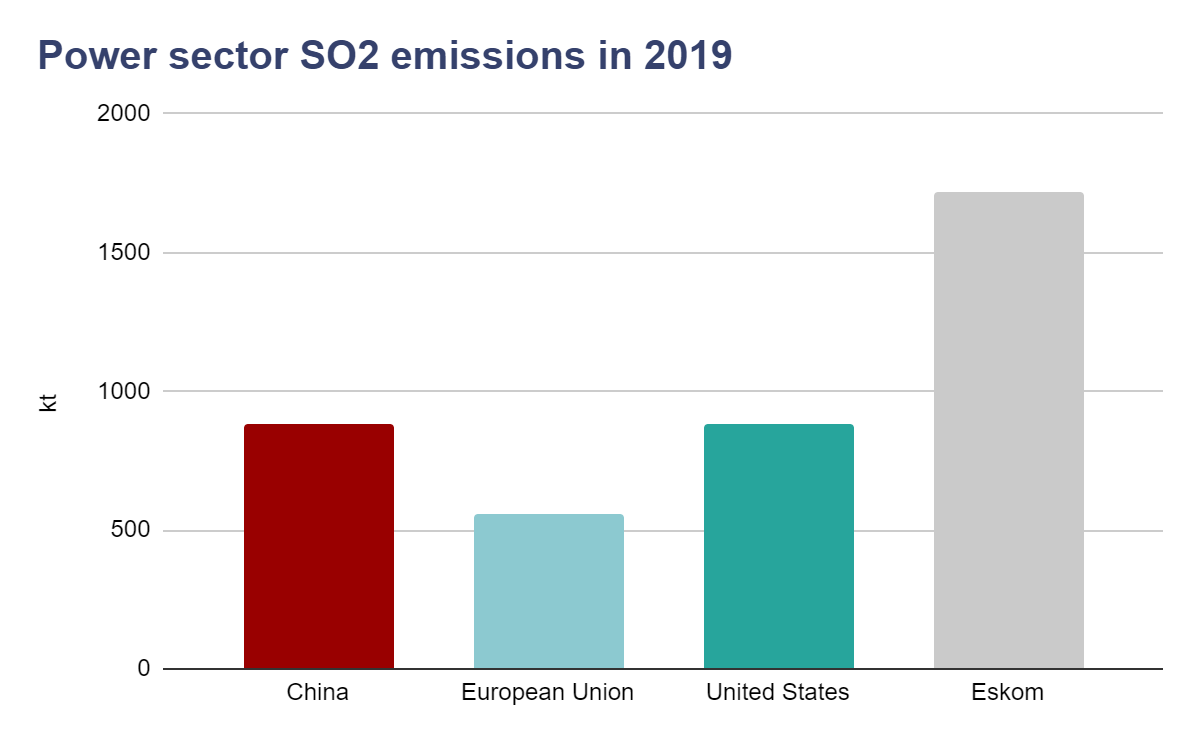 Eskom’s sulfur dioxide emissions in 2019 exceeded those from the power sectors from each of the world’s three largest economies. Eskom’s emissions are shown for FY 2019–2020.