As countries pivot away from coal towards cleaner and increasingly cost-competitive renewable energy, the pipeline of coal outside of India and China is collapsing. China’s recent pledge to “not build new coal-fired power projects abroad” solidifies the global financial trend away from coal. Without Chinese financial support, most coal-fired power plants will struggle to secure the massive up-front capital necessary for construction.

Our new briefing with the Global Energy Monitor found that if all power plants dependent on Chinese support are cancelled, it would remove two-thirds of these planned projects, leaving only 22 GW remaining in just eight countries. Prior to China’s announcement, over 65 gigawatts (GW) of coal-fired power plants were planned for construction in Asian countries outside of China and India.

If the remaining 22 GW of planned coal capacity is cancelled, it would save over US$27 billion in capital costs that could be spent on zero-carbon technologies, energy efficiency, and grid expansion and modernization. It would also avoid adding approximately 103 million tons of CO2 emissions annually — the equivalent of Bangladesh’s total CO2 emissions in 2019. 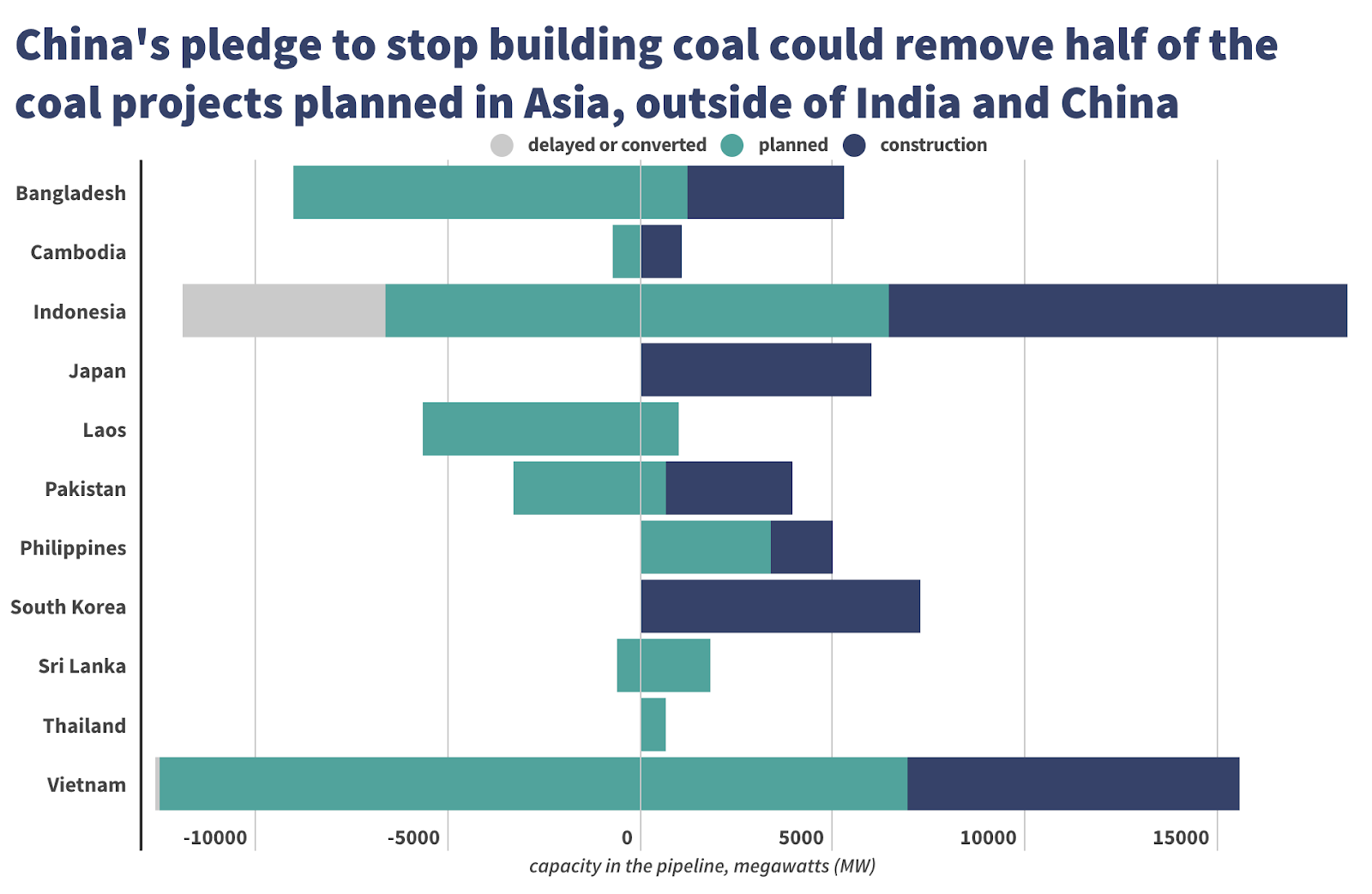 The impact of investors’ pledges on the pipeline has been immediate: not a single coal power station in the pre-construction stage reached a financial close in 2021. Of the 22 GW remaining, only one-third have secured financing, and many are facing local opposition and serious financing obstacles, making their completion  increasingly unlikely. National energy policies had already made a dent in the coal pipeline, with over 5.3 GW of projects in Indonesia having been cancelled or postponed by such plans.